This is an online compilation of the academic essays and lectures of Professor Matthew Raphael Johnson. Given Russia’s extraordinary rebuke to American arrogance since 2000, revisionist work on Russian and Slavic history is sorely needed, especially in conjunction with the critique of globalization. Dr. Johnson was the first among American Orthodox writers to understand Vladimir Putin as a necessary balance to the American empire and the liberal authoritarianism it enforces. In 2009, he created The Orthodox Nationalist, a well-known series of lectures on all facets of Russian and Orthodox history and philosophy.

Professor Johnson’s academic work is dedicated to the delegitimization of the global capitalist system and the demystification of the ideology that justifies it. This is a demonic, serpentine Leviathan spreading the postmodern acid of American-sponsored mass-zombification to the world. The neurotic capitalist “liberated the individual,” only to create the mass-man: a crippled, malformed cipher almost entirely incapable of higher-order thought.

In 1999, Dr. Johnson completed his doctorate at the University of Nebraska at Lincoln as a recipient of the Clare and Marguerite MacPhee Fellowship. He studied in the History, Political Science and Philosophy departments. He focused on anti-modernist social philosophy and defended his dissertation on Michael Oakeshott’s critique of Positivism. In addition, he focused on Comparative Politics, specifically the Russian and Ukrainian responses to globalization. He is a former professor of both History and Political Science at the University of Nebraska (as a graduate student), Penn State University and Mount St. Mary’s University. Since 1999, he has been the editor (and is presently Senior Researcher) at The Barnes Review, the famed renegade journal of European history. 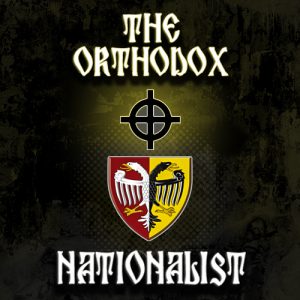 Dr. Johnson’s published books are: Sobornosti: Essays on the Old Faith; Heavenly Serbia and the Medieval Idea; Orthodoxy, Autocracy, Nationality: Lectures on Medieval Russia; The Ancient Orthodox Tradition in Russian Literature, Officially Approved Dissent: Alasdair MacIntyre’s Strategic Ambiguity in His Critique of Modernity, The Third Rome: Holy Russia, Tsarism and Orthodoxy; ; and Russian Populist: The Political Thought of Vladimir Putin. In 2019, he published The Soviet Experiment: Challenging the Apologists for Soviet Tyranny on the Barnes Review Press. His latest book is Ukrainian Nationalism published with the kind assistance of Russia Insider.

New editions of two books, Inter Arma Enim Silent Leges: Defending Latin America’s Military Governments and The Foreign Policy of Mass Society: The Failure of Western Engagement in the Islamic World are presently available thanks, again, to the staff at Russia Insider. 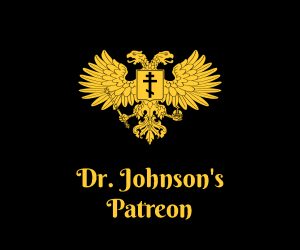 For 25 years, Dr. Johnson has been a full-time scholar, writer and speaker. The historical, theological, philosophical and political issues detailed here can’t be merely stumbled upon nor taken from any mainstream source. They’re the result of decades of concentrated study in an academic environment. Having been driven from academia as an “eccentric reactionary malcontent,” he depends on the support of his listeners and readers to continue his work. To say the very least, Dr. Johnson’s scholarship is unique, critical and irreplaceable today. It cannot continue without your help and support. 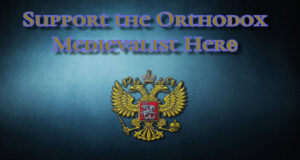 Freedom and Cognitive Dysregulation: The Fantasy World of Postmodern Empire

The Anti-Humans: Student Re-Education in Romanian Prisons: A Review of the Historical Evidence and Psychological Theory

Vlozhennyye Soobshchestva: Corporatism as the Economic Basis of Royalism and Social Nationalism

Millennial Fixations: A Russian Orthodox Response to the Ideology of Fatima (Written 2005, Revised 2019)

The Curse of Modernism in Russia: Dostoevsky’s Religious Psychology in Four Short Works

Reason is for Losers: The Social Shape of Cognition in Dostoevsky’s Notes from Underground

Delegitimizing Marxist Historicism: The Mythology of the Bodo League and My Lai Massacres

Johnson’s Law in Action: Venezuela and the Foreign Policy of Mass Presumption

Michel Foucault and the Legislation of Reality: The Assumptions of Positivism, Insanity and Scientific Knowledge

Heroes of Postmodernity: The Greek Military Junta of 1967-1974 and the Cyprus Crisis

The Philosophy of Nikolai Berdyaev: The “Objective” World as the Projection of the Bourgeoisie

“Name Worship,” Epistemology and the Abuse of Christian Philosophy: A Revision

A Patristic Glimpse Into Our Age: Antichrist and the End of All Things

Law Without Grace: The Problems with the Toll House Theory

Notes on Orthodox Ecclesiology: Created Grace and the Mystification of Episcopal Power

Pride and Propaganda: The Failed Gamble of Patriarch Gabriel of Serbia (1881-1950)

Life in the Iron Age: “The Transformation of Daphne into a Laurel” as a Significant Part of Ovid’s Historicism

The Roman “Social War,” Democracy and the Advent of Christianity

Plato’s Gorgias as a Premodern Attack on Modernity

“Necessary and Sufficient” Ethics: The Theory of Hegemony in Antonio Gramsci

Foundations and Principles of National Security: Goals and Objectives in the Realist Theoretical Tradition

The Heresy that Never Was: The “Ethnophyletism” Hoax, Usury and Historical Illiteracy

Bulgaria in the European Union: Volen Siderov, Social Nationalism and the Resistance to Dependency

The Osculum Infame in the Balkans: Albania’s Alliance with the Globalist World Order and its Catastrophic Repercussions

The Donbass Rebellion and the Political Idea of Novorossiya

Novorossiya: The Final Confrontation of Christian Community against Necrotic Individualism and Liberal Histrionics

The Romantic Neo-Medieval Synthesis: Nominalism, John Ruskin and the Destruction of Thought

Hegelian Economics, Metaphysics and the Social Form of Beauty

Postmodern Empire: Dependence, Debt and the Nature of Anti-Globalist Resistance

“The Cold and Sour Temper of These Backwoodsmen” — Antifederalism, Alexander Hamilton and the Bill of Rights

Agrarianism and the Counterrevolution: The Ideology of Illusion and Modernity

Metaphysical Economics: Agrarianism, the Garden of Eden and St. Ephraim the Syrian

The Wesleyan Revival in England and the Enlightenment: The Depravity of Total Depravity

Yet Another Six Million: The Fable of Pogroms in Tsarist Russia

The Sexual Revolution in Post-Reform Russia: Left-Radicalism, Feminism and its Connection to Terrorism from 1861 to the Great War

The Regime: Usury, Khazaria and the American Mass

Hyperreality in Film: The Skulls, the X-Files and the Cognitive Dissonance of the Elite

Marlowe’s Doctor Faustus and the Disordered Will: The Renaissance, Alchemy and Greco-Roman Paganism

The Fraud of Bourgeois Christianity: The Prophets and the Economic Doctrine of the Orthodox Church

Empire at All Costs: London, Vienna and the Causes of World War I

Judaism in Medieval Novgorod: The Development of the Russian Orthodox Church Doctrine on the Jews

Nominalism, Psychology and the Underground Man: The Revolt against the Mass

“According to God’s Purpose” – The Truth about Tsar Ivan IV, Oligarchy and the Legacy of Medieval Russia

The Construction of the Katehon: Memory of the Kievan Fragmentation and the Growth of Monarchical Institutions under Moscow until Ivan IV

An Outline of Putin’s Success: Authoritarianism, Tradition and the Survival of Russia

Modern Science and Darwin: Nominalism and the Failure of the Scientific Establishment

Lev Tikhomirov on the Khazars, Revolution and The “People’s Will”

Globalization and the Decline of the West: Eurasianism, the State and the Rebirth of Ethnic-Socialism

Prince Vladimir Monomakh, the Jews and the Anti-Usury Uprising of 1113 in Kiev

The Tragedy of Moldova: Dependency, Globalization and the Cataclysmal Power of Elite Liberalism

Theoretical Views on Ukrainian Nationalism, Socialism and Capitalism since the Dissolution of the USSR

The Beast in Ukraine: The Political Ideas of Viktor Yanukovych and the True Nature of Oligarchy

Was There a Mongol Yoke? The Historical Difficulties with the Mongol Invasion of Russia

Russian Nationalism and Eurasianism: The Ideology of Russian Regional Power and the Rejection of Western Values

The Enlightenment as the Ideology of the Beast: Light, Darkness and Shadow in European Political Life

The Alchemy of Interest, Usury and Modernity: A Review of SM Goodson’s Inside the Reserve Bank: The Origins and Secrets of Central Banking Exposed

Money Fetishized as Organic: Christianity, Usury and the Power of Fraud

The Symphony of Authorities in Russian Political Thought: The Spirit, the Crown and Chalcedon

The Metaphysics of Archbishop Nikanor (Brovkovich) of Odessa (1827-1890)

The Revolt of the Zealots in Thessaloniki (1342-1350): Monasticism and Monarchy at the End of the Byzantine Empire

Beyond the Deceptions of Mundanity: The Christian Anarchist Thought of St. Valentin Sventsitsky

The Confrontation between “Josephites” and “Non-Possessors” as Ideological Wishful Thinking

The Old Ruthenian Struggle: Orthodoxy and the Unia in Austria-Hungary

Our Allies and Friends:

The Willis A. Carto Library